A Long-Term Commitment to Youth (Part One)

A Long-Term Commitment to Youth (Part One)

Donale Richards is the manager of Off the Block (OTB) Enterprises in Madison, Wisconsin and a 2018 Sustain Dane Live Forward Awardee. We talked about what his path to OTB looked like, his passion for social entrepreneurship, and his part in creating community.

In part two of our conversation, which you can find here, we discuss his definition of sustainability and his future career aspirations.

Tell me a little bit about yourself and your experience as the manger of Off the Block Salsa.

Donale: I grew up in Madison and have spent my entire life here. I came from a low-income family and had many experiences trying to understand what immigration was like. My father was from Jamaica. My step-father is from The Gambia. My mother is American. Her family is in Maryland. So growing up, I had a very good understanding of what diversity looked like, but there was also the reality of what a lot of immigrants, people of color, or low-income experience.

"I've always tried to understand the deeper picture when it comes to a lot of social issues."

I went to UW-Madison for biological systems engineering with a focus in natural resources. That's just a long way of saying I got an agriculture engineering degree. I actually really enjoyed the program, but I was the one black kid in all of my classes. I was revisiting some things I had experienced in childhood relating to identity. I felt like I didn't necessarily have the Madison community when I went to UW-Madison. [The city and the university] were very separate cultures. All of that was just to say that I've grown up to sculpt my mindset outside of just what engineers typically have a reputation for. I've always been a people person. I've always tried to understand the deeper picture when it comes to a lot of social issues. So I spent a lot of time focusing on social justice and really trying to understand why these issues still exist because they've been occurring for decades and even centuries.

Donale: When I was in college, I worked many different types of jobs. I always wanted to work at the PEOPLE Program because they supported me so much. I always thought of myself not necessarily as an employee, but as a mentor for the PEOPLE Program. I wanted to show kids who were going through the program that anything is possible. I held multiple different positions there.

Then I wanted to explore my major a little bit more. I was working for the USDA and the Agriculture Research Service (ARS). I worked with one of the research labs on campus that focused on the dairy industry and the types feed you would be giving to cows to better the end product. That was really cool because I actually got to learn a lot about soil. Having studied natural resources, I really wanted to understand the soil chemistry and the different types of nutrients that ultimately supply the nutrients for the foods that we eat. I spent a lot of time in that lab testing thousands of soil and manure samples. That was a stinky job, but it actually allowed me to understand the social issues. Growing up in an urban city, I had not really thought about what life was like outside of the city, so that was my first time really understanding what rural life looked like.

I left that job after a year and moved on to UW-Extension. There was an open position for a graduate student, but they still allowed me to interview and I got the job. That was with Greg Lawless and Steve Ventura under the Food Systems Development Program. That job was actually probably the most impactful of my entire college career. I really started to understand the buzz around food systems and understanding that there are certain jobs that impact other jobs and understanding the systems approach to addressing issues, specifically around food justice. That ultimately led me to connect to hundreds of people in the Madison area and Dane County to understand what their perspectives of food systems were and what their role was in it. So through that process, I met Will Green of Mentoring Positives and started to understand his program. It was crazy because I spent one year of my childhood in Darbo where Mentoring Positives is housed. 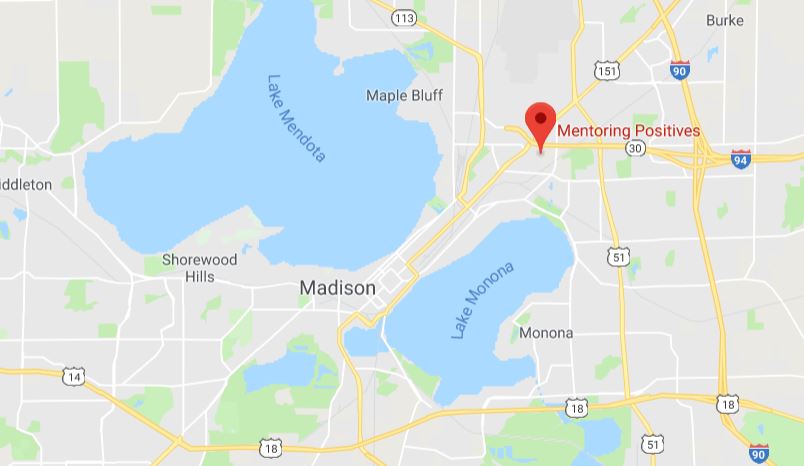 Donale: Growing up, I was aware of Will Green before I really knew who he was. I was in the gym at Salvation Army [in Darbo] watching my older friends playing basketball on a team. I was one of the kids who always wanted to get on the court, but I was too young. So I really appreciated knowing that I was already connected to Will Green. He has a mentoring program that does similar things to what the PEOPLE Program did for me, but more around the community approach. That really vibed well with me. That partnership between UW-Extension and Mentoring Positives is what birthed Off the Block Pizza. That's the new product that Off the Block is developing. It was really a collaboration between UW-Extension, Mentoring Positives, and PEOPLE Program. We offered jobs as an internship opportunity for kids. 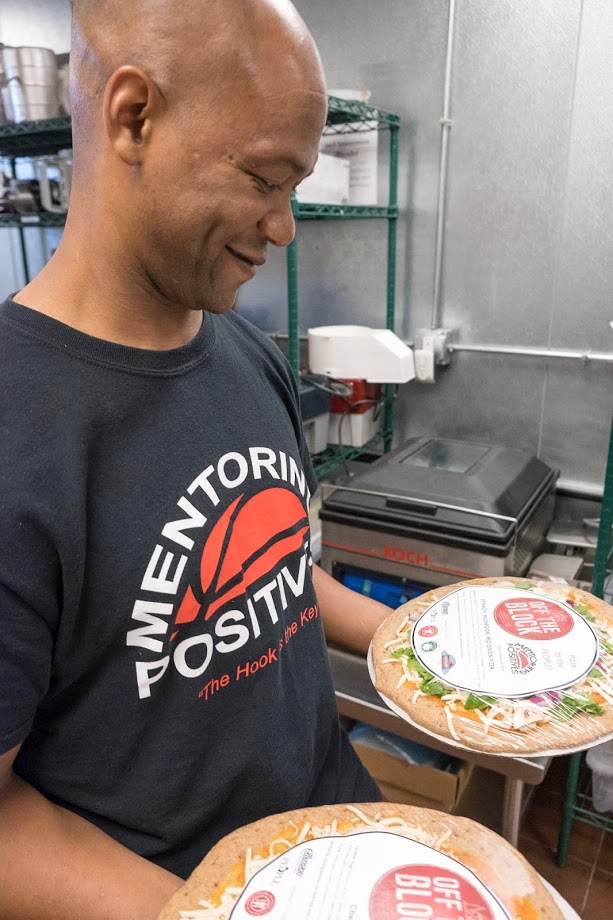 Will Green of Mentoring Positives holding Off the Block Pizzas

Donale: [My job at Off the Block] was my first time developing curriculum material. I'm not an educator. It's not my background, but I know stuff and I wanted to share that. It was the first time I got to put some of my ideas on paper. I ended up developing a guidebook for people to understand the different types of resources like guest speakers and field trip locations. [The curriculum] could be as detailed as nutrient content of your foods or understanding how sourcing works from an economic standpoint. It was a crash course in food systems. I continued that project and this summer we completed out first year of the collaboration. Now it's shifted away from UW-Extension and we're taking more ownership within Mentoring Positives and the PEOPLE Program.

After getting his start in food justice and community building, Donale worked for the Mellowhood Foundation with Coach Assad. At Mellowhood, he developed curriculum material to teach youth what urban gardening looked like and tied that into creating food products. He used this curriculum to teach kids how to become community leaders. Donale also represented Dane County discuss food justice issues in the Brentwood community in Madison. Between these experiences in community building and food justice, Donale ended up with a full-time position as Off the Block Manger.

Present: Off the Block Enterprises

Donale: A lot of my work is around food justice and is attached to food processing, but it's really about how to utilize people more. People are the biggest investment we can make. We need to make sure their voices are heard and represented when it comes to decision making that directly impacts their lives.

I'm full-time now at Mentoring Positives, so I'm trying to apply what I learn to much more than Off the Block and Mentoring Positives. I'm really trying to engage with the community and let them know that they have a voice and we want to capture that and get it to the right people. In fact, I want to step away and invite them into those spaces where they can be heard. I try to let kids know that they're not too young to be heard, because half of the time adults don't know what they're doing. 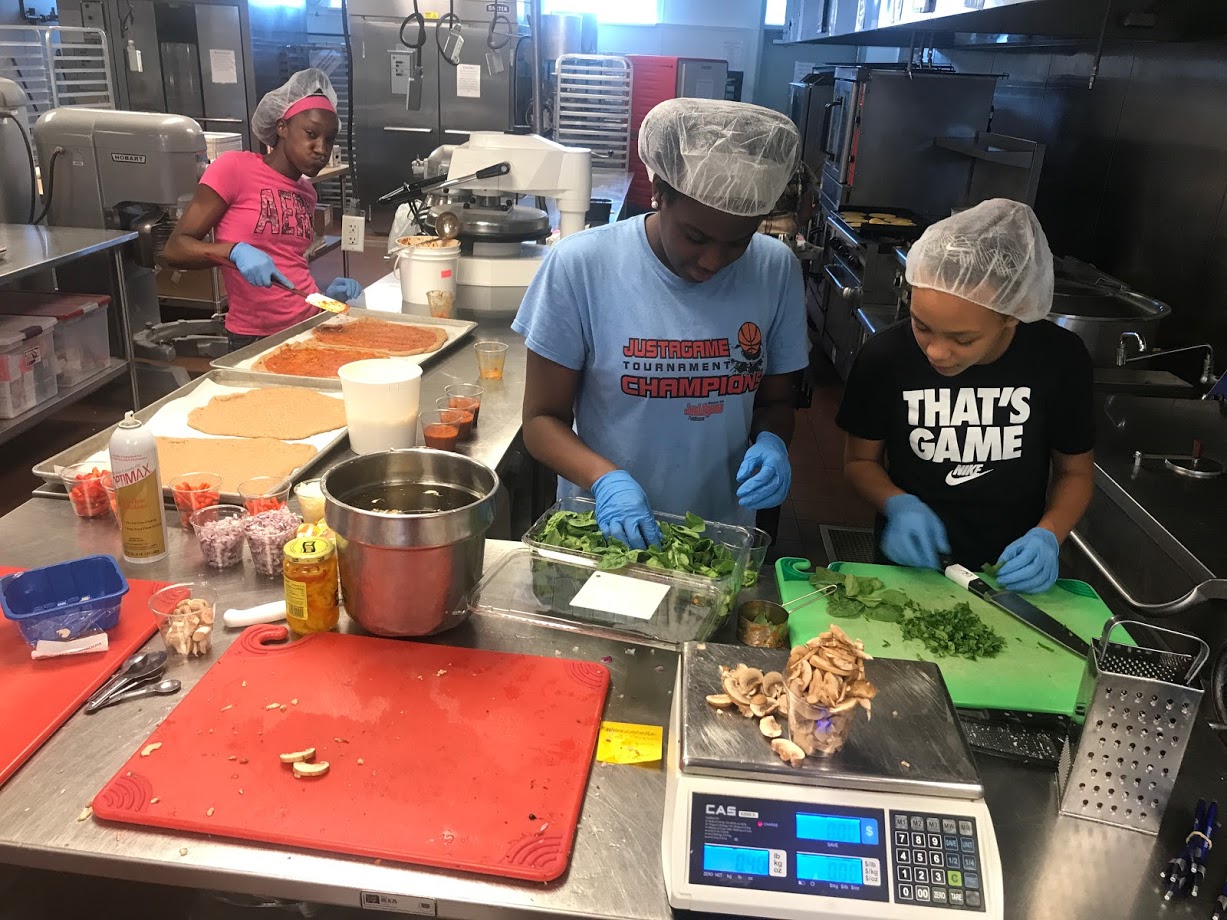 "Off the Block Enterprises is developing a workforce of youth who are committed to making real change."

Donale: I really promote youth leadership, so Off the Block Enterprises is developing a workforce of youth who are committed to making real change. They are making food products, but they're also learning some pretty intense topics. It's college-level material, but I make sure they can understand it in the real world. I give them the tools that they need and let them know that I can teach them this stuff. They don't necessarily need to college to learn these things. There are a lot of individuals who can teach them. We do give them exposure to college, but I also let them know that education looks different from what they've been told.

With Off the Block Enterprises, I'm starting to build the leadership team. I'm 25 years old. My assistant manager is 20 years old and we just hired another member of the team who is 18 years old. We keep getting younger and younger! Soon I'll be hiring even more youth to fill in the gaps for the production, marketing, sales teams.

What most people don't know is our team is six folks. There are only three full-time employees and three part-time employees. The work we do is deep, it's not wide.

We make intentional efforts to create these opportunities for the people who are willing to commit and understand the philosophy we're trying to teach to, really, the rest of America. We do see our model as truly unique that can go beyond just Madison. It can be something we teach to other people in this country.

Off the Block Salsa can be found at the Hilldale and West Towne Metcalfe's Markets, all Willy Street Co-op locations, Regent Market Co-op, Edinger Surgical Options, and SuperCharge Foods. Soon they can also be found at FEED Kitchens.

Continue reading about Donale in part 2 of this interview. 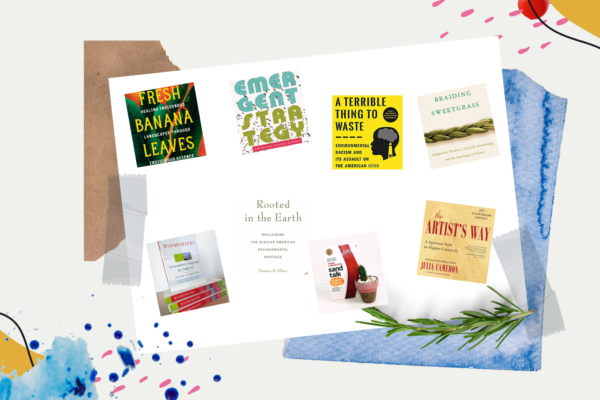 Here's Every Resource Inside Our New Course, Road to Zero Waste! 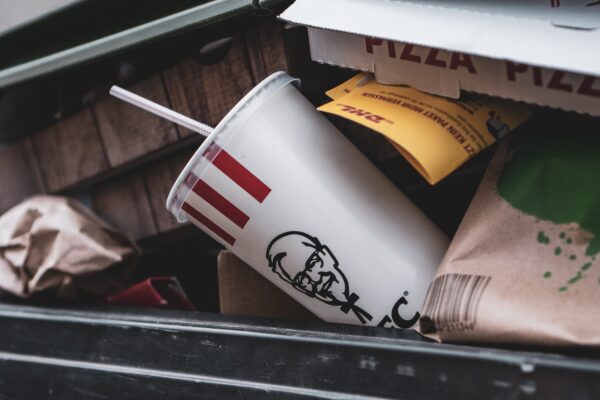 3 Reasons Why You Should Audit Your Workplace Trash 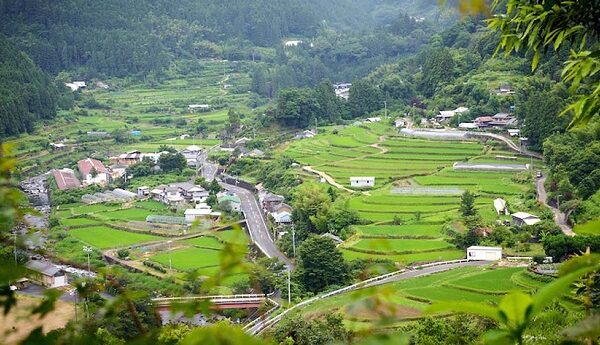